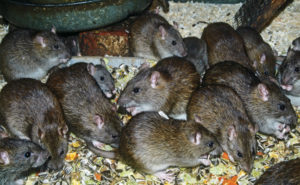 California’s ban on the use of second-generation anticoagulant rodenticides (SGARs) passed in the state legislature on Aug. 31, and is now waiting to be signed into law by California Gov. Gavin Newsom.

Bill AB 1788, known as the California Ecosystems Protection Act of 2020, would ban SGARs until the Department of Pesticide Regulation (DPR) completes a re-evaluation of SGARs brodifacoum, bromadiolone, difenacoum and difethialone. The Department of Fish and Wildlife (DFW) will consult on the re-evaluation.

Last August, the bill was moving closer to becoming law until it was taken off the Senate Appropriations Committee’s hearing schedule.

When the bill is signed into law by Gov. Newsom, California will be the first state in the country to impose an all-out ban on SGARs with a few exceptions that include: a warehouse used to store foods for human or animal consumption; an agricultural food production site, including, but not limited to, a slaughterhouse and cannery; and a factory, brewery, or winery; medical facilities and drug and medical equipment manufacturing facilities.

The DPR announced plans in November 2018 to re-evaluate SGARs brodifacoum, bromadiolone, difenacoum and difethialone. These rodenticides were named Restricted Materials the last time they were assessed in 2014. Since then, only licensed applicators, not consumers, could buy and use them. The bill states “Despite the 2014 regulations issued by the Department of Pesticide Regulation, scientific research and state studies have found no significant reduction in the number of non-target wildlife with detectable levels of SGARs in their system.”

Activists in the state maintain SGARs have an “adverse impact” on non-target animals, such as mountain lions, bobcats, foxes, raptors, hawks and owls. California’s proposed rodenticide ban has long been in the works and follows California’s precedent of introducing the strictest environmental legislation of any state. The bill states: “These rodenticides lead to direct mortality and chronic long-term health impacts for natural predators, non-target organisms, and endangered species and further steps are needed to reduce rodenticide exposure in non-target animals.”

Last summer, however, the DPR made headlines because the rodent problem at its office in Sacramento, Calif., prevented the children at its on-site daycare from playing in the building’s outdoor courtyard.