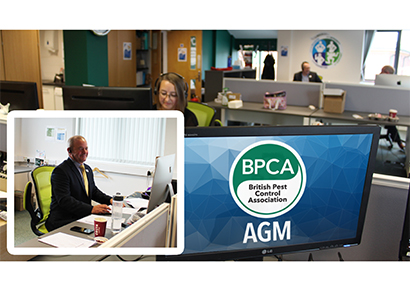 Members voted on several resolutions, including to accept the minutes from the previous AGM and to ratify the 2019 BPCA financial accounts. Voting took place via an online voting portal where the results could be independently scrutinised by a third-party.

As seven eligible candidates put themselves forward for only five open seats on the board, members had the opportunity to vote on whom they wanted to represent them.

The five new board members are:

Ian Andrew, BPCA’s chief executive, congratulated the new board members, and said the executive board is responsible for leading the association and representing the whole membership base.

He said: “It’s an enormous responsibility to be a board member for a lively and active trade association such as BPCA, so thank you to those who have decided to volunteer their time and effort. We’re all looking forward to your contributions and insights.”

Those who attended the AGM got to hear reports by Phil Halpin, BPCA’s president, and Mark Williams, the association’s honorary treasurer.

You can watch back the reports and the whole AGM on the BPCA YouTube channel, by clicking HERE.