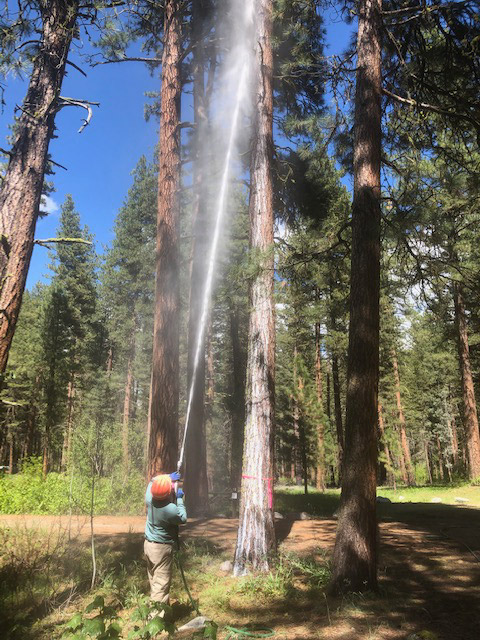 Going a little outside the norm of what most pest management firms consider to be a “general pest service,” Pestmaster Services, based in Reno, Nev., recently treated ponderosa pine trees in Sawtooth National Forest. Approximately 320 ponderosa trees in the Boise, Idaho, forest were treated for protection from western pine beetles (Dendroctonus brevicomis).

Pestmaster technicians used high-pressure water tanks to apply liquid pesticides upward of 60 feet in the air on the trees. A combination of Carbaryl 4L, Sezin SL and Liberate Lecitech was used to make targeted applications to the first 45 feet of the tree trunk. This service is something the company has offered before, and according to a company spokeperson swill continue to do so as warranted.

Pestmaster Services has 45 franchises across 17 states, including Washington, D.C. At the beginning of 2020, the company opened six new franchise locations. The company also expanded into the international market with a location in Lebanon.

The company was founded in 1979 by Jeff Van Diepen, ACE, and originally based in Bishop, Calif. The national franchisor is a dominant player in the governmental contracts sector for pest control, but also serves residential and commercial clients. President and CEO Van Diepen has been licensed in 15 states and earned his MBA from Malibu, Calif.-based Pepperdine University.