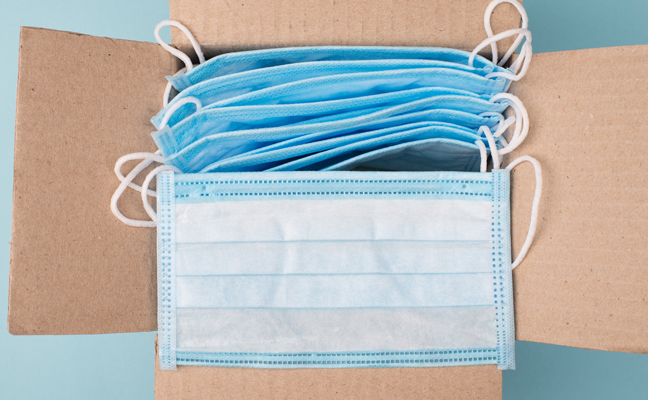 For pest management professionals (PMPs), personal protective equipment (PPE) always has been part of the job. So, when millions of Americans began using PPE to protect themselves against COVID-19, obtaining adequate supplies of gloves, respirators, shoe covers and suits became a challenge for many PMPs.

Pest Management Professional asked several PMPs across the country about their current situations regarding sourcing PPE, and their advice to colleagues who may be facing shortages or encountering higher-than-usual prices.

Jairo Arguedas, director of training, production and quality for Augusta, Ga.-based Advanced Services for Pest Control, says that when his usual industry suppliers are out of stock on gloves, masks or shoe covers, he and his team has been scouring the Internet for inventory that isn’t outrageously expensive or low-quality.

“It can be a struggle, but we try to stay patient,” he admits. He advises colleagues to follow their lead and adjust their budget line for PPE because of the frequently encountered higher costs from outside suppliers.

Elliot Zace, general manager of Slug-A-Bug, Melbourne, Fla., agrees. “Be prepared to pay a higher price on certain items due to supply and demand,” he warns. “In the end, though, safety is the priority: If you have to spend a little more to be safe and legal, it’s worth it.”

FAIL TO PLAN, PLAN TO FAIL

Some PMPs report no new shortages this summer, although several are wary of what the fall season may bring. Jimmy Arnold, president of Peachtree Pest Control, Brunswick, Ga., advises colleagues to communicate weekly, if not daily with vendors. “Forecast your needs,” he says. “Communication is key.”

John Bozarjian says he believes the key is to buy in large quantities so you’re never left with low inventory. “You know it won’t go to waste. I always order when there’s about 25 percent of PPE equipment left,” reports Bozarjian, co-owner of B&B Pest Control, Lynn, Mass.

Bozarjian has added a few new vendors to his mix because “some of my sources set limits in what you could order.”

Bozarjian advises PMPs who are having trouble with inventory to seek assistance from their peers, regardless of whether they too are in the pest control industry. “Many other industries use what we do, and they might know places to get PPE that pest control operators are unaware of,” he says. 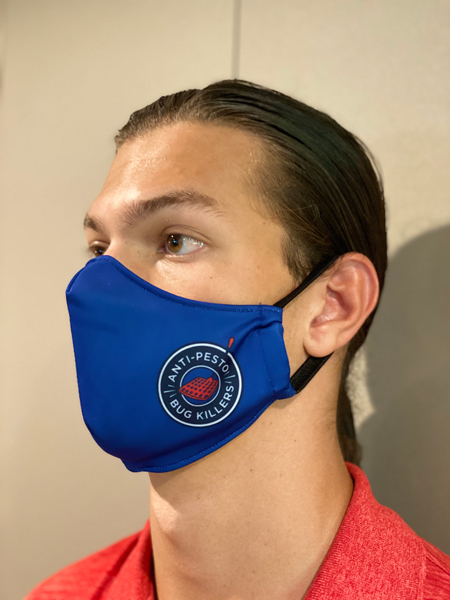 After a struggle this spring to find masks, Howard Bright turned to a friend in the import business who was able to help. And talk about a silver lining: His company, Anti-Pesto Bug Killers, Largo, Fla., has switched to a washable cloth mask featuring the company logo, so the PPE is both reusable and a top example of branding. “It took about a week for our local screenprinting company to deliver the goods,” Bright reports.

Michael Broder, president of BHB Pest Elimination in New York, N.Y., also uses logoed masks he buys from a wholesaler. But in the beginning, he says, obtaining PPE was “a nightmare from Day One of the pandemic. In late February, I passed a pharmacy that had a sign saying they had masks in stock. I remember thinking how that would never be an issue for us, as that was something our distributors always had in stock. How wrong I was: By mid-March, we couldn’t get anything.”

Broder called janitorial and restaurant suppliers, to no avail. Online sources were high-priced and minimally in stock.

“My wife stepped in and made bandana masks for everyone, just to protect the team,” Broder reports. But, he adds grimly, “I found out that gang colors still matter in New York City.”

To further complicate things, Broder says deliveries to the company’s New York City office building stopped because of the pandemic. “Some of our first orders were never delivered,” he explains. “I began shipping everything to my home, and bit by bit, we were able to build up supply.”

After his experience, Broder has advice for those still having an issue. “I can’t stress enough that any face covering is better than no face covering,” he says. “And don’t be afraid to talk to other companies. We are a unique industry and we want to help each other. You may be surprised how open and helpful some of your competitors may be.”

Andy Nieves, vice president of BHB Pest Elimination, South River, N.J., reminds colleagues to not give up on sources that are back-ordered. “Place the order anyway, because that week or two will come quick enough, and it’s not worth having your teams unprotected. Plan ahead, and keep a rolling supply of PPE coming in.”

Kevin Hathorne, BCE, technical director of Columbia, S.C.-based Terminix Service, agrees to not sleep on inventory when you come across it: “What may be available today might not be tomorrow, so when you find a source, order immediately.”

Bernard Buttone, ACE, notes that having multiple sources to keep up with the demand is key. The chief operations officer of Triangle Pest Control, Raleigh, N.C., also advises to “not be bashful in asking any of your suppliers about where or how they get their PPE. I received an email from our printing partner, and ended up ordering some PPE through them. If you don’t ask, the answer is always no.”

Bob Williamson says that while he has built up a stockpile as general manager of Souderton, Pa.-based Moyer Indoor | Outdoor, it’s important to keep an eye on how it’s distributed to the team. “Make sure it’s all available, but don’t roll out everything all at once, either,” he advises. “Inventory management is crucial to staying ahead of the curve.”

Bill Cowley, co-owner of Cowleys Pest Services, Farmingdale, N.J., assigned a supervisor to ensure the team didn’t run out of PPE, and believes giving this task to a designated person can make a huge difference. “He researched the products and had to source them through multiple new vendors from outside the industry,” he says. “If you do this, though, make sure the person understands the magnitude of this responsibility: Without PPE, you’re out of business. Give the person permission to source PPE from new vendors as long as it is up to standard.”

Andrea Mooberry agrees that having a point person has made all the difference for her company. The chief financial officer of American Pest Control Inc., Hanna City, Ill., recalls that by contrast, things were a little crazy in the spring. “I had paid in advance more than $15,000 for masks that we ordered from three different places, and none of them had delivered in more than six weeks.” As a result, Mooberry says, “We got very creative in where we could get masks. We definitely looked at new and multiple sources.”

SANITIZER IS PART OF PPE, TOO

Randal Dawson, ACE, is operations director of DC Scientific Pest Control, Tuscaloosa, Ala. He says his team feels very fortunate that “a local pharmacy we had ties to procured a 5-gallon container of hand sanitizer for us.”

Dawson advises using your team to help out. “All of our employees have been great in keeping their eyes peeled for sanitizing products,” he says. “If they were out somewhere and came across anything, they would purchase it and we would reimburse them. And remember, somebody you never expect to have an answer might be your answer!”

Dan Espinal has been making orders a month in advance to keep his team readily stocked. “We purchased reusable chemical-resistant gloves, and reusable bed bug suits to keep our disposable suit supply readily available for disinfectant services,” says Espinal, director of IT for Midland Park, N.J.-based Horizon Pest Control. “We also made early purchases for disinfectants for our field employees to help sanitize their on-hand supplies, like the reusable chem-resistant gloves.”

“I explained how the regulation of on-hand stock supply no longer needs to be disclosed to the federal government for companies filed under emergency services, for example,” Espinal says. “I also shared these informational outlets with my internal management team, to build consistency through transparency and to maximize our efforts as a company. For example, if a technician needs a new set of respirator cartridges, the employee is to return the old cartridges in a sealed bag in order to receive another pair. This helps immensely with inventory control.”

BE OPEN TO SUBSTITUTIONS

Espinal advises colleagues to diversify whenever possible. “Ask your vendors for any other suggested outlets, suggestions for PPE supplementation. Reach out to management colleagues to keep an eye out for any news they may hear and keep us all in the know,” he says. “Also, follow up on a weekly basis for estimated times of arrival and market pricing. Utilize all market channels — industry or out of industry.”

Espinal notes it’s important to pay attention. “Identify challenges as early as possible, specify the worst the that could happen, and then plan for it,” he says. “Always attempt to stay ahead of the challenges, and communicate with your team to help facilitate a winning plan and alternative plans.”

If you can’t find your typical inventory, for example, explore appropriate substitutions. Espinal says when he couldn’t find nitrile gloves, he could find vinyl gloves, so that’s what he purchased.

Bruce Roberts agrees. “We have used the reusable heavy-duty chemical gloves for applications, which allowed us to show up to the door, and they do not look out of place,” reports the president of A-1 Pest Control, Lenoir, N.C. “We are using exam gloves on occasion, but not as much now as we used to.”

Roberts says his company’s increased focus on outdoor services has helped, because rather than burning through N95 masks, his techs are wearing their canister masks outdoors.

Roberts also recommends networking with colleagues. “I talk with our association members regularly, and they have really good sources and ideas — some are local, some are vendors they have had in the past that have reached out to them,” he explains. “Sometimes, these are sources that do not show up in a Google search.”

Marco Metzger, director of operations for West Palm Beach, Fla.-based Native Pest Management, notes that while the availability of gloves and safety glasses have not been an issue, dust masks, respirators and respirator cartridges have been harder to keep in inventory. As a result, he has been using eBay as a resource.

Metzger advises colleagues to seek out items via your social network. “Someone may have a stash. Others may ‘know a guy that knows a guy,’” he says. “Use Facebook groups like ‘Let’s Talk Business Mobile’ or ‘PestCemetery’ to ask others in the business. They may have found that pot of gold at the end of the rainbow. The key is to be social and ask.”

Similarly, Brian Olson got creative to ensure his company, The Bugman, Anaheim, Calif., has a year’s supply of PPE. “We have been buying off Craigslist, our suppliers, and anyone who can help get our hands on PPE,” he reports.

Jerry Smith, CEO of Dial Environmental, Roseland, N.J., recalls that in April and May, his team resorted to handmade face masks, but maintained a supply of disposable gloves from their distributor. Since June, however, he has not had trouble with maintaining inventory.

“We work and live in New Jersey — ‘ground zero’ for COVID-19 this spring,” Smith adds. “There are masks everywhere, and free supplies at CVS and Walgreens for shoppers who do not have one.”

Brian Goldman, CEO of Big Blue Bug Solutions, Providence, R.I., notes that efforts to collect PPE early on in the pandemic were so fruitful that his team tried to donate a portion to local medical facilities. For those in markets where PPE levels aren’t as plentiful, he advises to “turn over every stone and talk to anyone that may carry PPE, and see what they are able to order.”