The 87th annual event, which originally was scheduled to take place in Nashville, Tenn., was held online Oct. 13-15 because of the coronavirus pandemic. PestWorld 2020 was no different from past events, though, as it provided an opportunity for those in the pest management industry to gather to network, learn to improve, and grow together.

During her kickoff to PestWorld 2020, Stumpf thanked her staff and the supplier community for helping make a smooth transition from live event to virtual conference. She acknowledged the unprecedented change, saying “Although things may certainly be different in this new digital environment … I can promise you that you are going to receive a tremendously valuable experience this week. We’re so happy you’re here with us as we make history together.”

Stumpf also highlighted the ways in which the NPMA served its members in the early days of the coronavirus pandemic, and praised pest management professionals (PMPs). “This industry responded with kindness and grace in the face of adversity,” she said. “You helped your customers, and were one of the few people even allowed inside homes during stay-at-home orders. You offered flexibility to your employees, you supported other local businesses, and you found ways for your teams to give back to your communities.”

One of the highlights of PestWorld always has been the opportunity to network, and this year was no different. Mornings kicked off with Coffee Chats, where attendees could log in and visit with colleagues at virtual “tables” for casual conversation. They also could gather each morning during time set aside for Roundtables, where predetermined topics included innovation and technology, COVID-19, politics and pest control, and workforce development. Exhibitor booths also featured chat and Zoom functionality that allowed attendees to “meet” with company representatives.

The Professional Women in Pest Management (PWIPM) breakfasts that were held two consecutive mornings offered women in the pest management industry a chance to catch up, share ideas and expand their networks. In addition, the recipients of the 2020 Deni Naumann Women in Pest Management Empowerment Grants were announced: Lisa Weidmaier, Western Pest Services, and Adonna Lett, Rehoboth Ltd.

The first general session took place on Oct. 14, and featured Leon Logothetis. Known for his Netflix series “The Kindness Diaries,” Logothetis said he wants to inspire people with his message of kindness and hope.

“The most beautiful way to show someone kindness is to simply ‘see’ another human being,” he said. For more than a decade, he has crisscrossed the world to inspire people with his message of kindness, which he defined as making people feel less alone. “People say to me, what are the benefits of being kind? It’s a win-win: If you’re kind to me, I win and so do you.”

The second General Session was held on Oct. 15, with Ben Nemtin, star of the MTV show “The Buried Life.” Now a 36-year-old speaker and fitness consultant, he explained that when he was 18, his anxiety and depression kept him from leaving the house for months. Nemtin encouraged attendees to fight the stigma of anxiety and depression, which he noted has gone up an estimated 400 percent since the COVID-19 pandemic began. “One in five people struggle in mental health,” he said. “It’s safe to say we care about more than five people in our lives.”

At PestWorld, the NPMA kicked off a five-week virtual series called CEO Forum: Good to Great. Each session is aimed at business owners and upper managers, with speakers who offer their unique perspectives on how to succeed. Topics include company culture, recruitment and retention, and leadership. Attendees also discuss topics and share ideas with their peers.

Next year, PestWorld will take place Nov. 2-5, at the MGM Grand Hotel in Las Vegas, Nev.

The opening ceremony featured local entertainment. Because this year’s event was slated for Nashville, Tenn., songwriters Barry Dean and Luke Laird gave a virtual performance, playing their guitars from the comfort of their sofa.

“BBQ is all about time and temperature,” said Carey Bringle, owner of Peg Leg Porker in Nashville, Tenn., pictured at right, as the NPMA’s Senior VP of Meetings and Association Management Services Alexis Wirtz, CMP, pictured at left, looks on. He shared a demo and other BBQ tips during the In The Mix reception. The annual reception gives attendees an opportunity to network with the members of the NPMA’s interest groups. 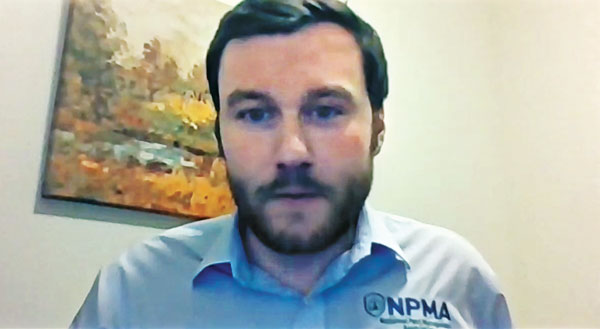 Jake Plevelich, the NPMA’s director of public policy, hosted a Zoom meeting during PestWorld to recognize 10 state policy affairs representatives (SPARs) who have worked especially hard this year on legislative and regulatory issues. 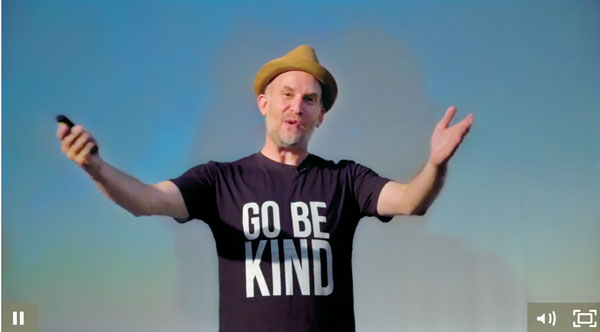 Day Two General Session Speaker Leon Logothetis, of the Netflix series “The Kindness Diaries,” advocated for kindness during his presentation. “There is so much good in the world. Remember that it flows through you,” he said.

The virtual exhibit hall was open to attendees 24/7, although dedicated hours also were on the PestWorld schedule. 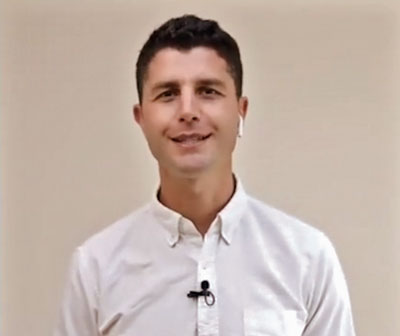 Ben Nemtin, one quarter of the MTV reality show “The Buried Life” and co-author of the bestseller What Do You Want to Do Before You Die? was the Day Three general session speaker. He offered tips on mental health during the pandemic, work/life balance insights, and reminded us all that a balanced leader has a healthy organization, too.

In her presentation, “Beyond ‘The Right Thing to Do’: A SMART Approach to Diversity,” UPS Executive Communications Manager Janet Stovall cited two eye-opening statistics: Companies that have a diverse board of directors experience 35 percent higher returns, and 43 percent experience higher profits over their non-diverse counterparts.